Trends and challenges in reliability: consequences for thermal management

Many roadmaps recognize thermal management as one of the major challenges in electronic product innovation. Christian Belady once summarized the role of thermal management in the design process quite nicely: the ultimate goal of system thermal design is not the prediction of component temperatures, but rather the reduction of thermally associated risk to the product. However, many designers are quite satisfied when the component temperatures stay within some (often untraceable) limits, usually some maximum junction temperature, because they take it for granted that reliability issues can be solved using a set of simple design rules. Well, electronic design is not simple, mechanical design is not simple, and neither is thermal design. Thermal experts should stop preaching that designers do a good job if they try to keep the temperatures of critical components below a certain specified value.

Progress in reliability prediction is seriously hampered by the lack of methods to predict temperature gradients in time and space at component, board and system level with the accuracy required to cope with future demands. A key issue in virtual prototyping is the reliance placed on appropriate input data. While the potential accuracy of thermal simulation tools is continuously increasing, this potential cannot be fully exploited. The most important reason is the lack of accurate input data, among which physical properties such as (local) thermal conductivities, interface thermal resistances, local heat transfer coefficients and the usually inaccurate thermal data provided by suppliers. The talk will discuss potential solutions.

Clemens Lasance, retired in September 2009, was a principal scientist at Philips Research. He has been with Philips since 1969, after receiving his physics degree at Eindhoven University of Technology. He published over 80 papers and was one of the pioneers of user-friendly CFD codes in the field of electronics cooling. In 1995 and 2009 he received the Best Paper Award at Semitherm. From 1998 to 2002 he initiated and led a ten-partner project coined PROFIT continuing the three successful European projects DELPHI, SEED and THERMINIC. He was an editor of Electronics Cooling, the premier publication in the field of thermal management, since its start in 1995 until 2012. He received the SEMITHERM Significant Contributor Award in 2001. He was the general chair of SEMITHERM 2003 and acted as the co-programme chair of THERMINIC for nine years. In 2006 he was the recipient of the Harvey Rosten Award for recognition of his pioneering contributions to thermal management issues over the past two decades.

Currently, he is still active through his consultancy Somelikeitcool. Other activities are: reviewer of scientific journals, presenter of courses, leading author of a book on compact thermal modeling and editor/author of a 2014 book on LED thermal management, with over 30,000 chapter downloads, teacher of 3-day short courses (Teacher of the Year 2017 with Wendy Luiten), consultant for various companies (Eonics, Philips, Honeywell, Applikon, SSBV, Fox-IT, Technolution, Innolux, Royal Haskoning, Merit Medical, Future Facilities, Saturn, Huawei and CESAR), and expert witness for a New York lawyer office (Schiff Hardin) regarding a patent infringement lawsuit. 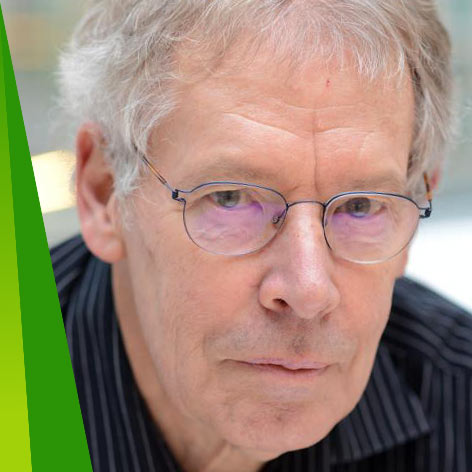