Challenges in CFD to improve accuracy

Unlike other numerical disciplines, CFD deals with chaos, as turbulent flows are chaotic, changing constantly with time in unpredictable ways. Perhaps not surprisingly then there are several approaches to (approximately) solving the unsolvable. The aphorism in statistics that ‘all models are wrong but some are useful’ holds directly, as quantities of interest from an engineering perspective such as pressure drop and heat transfer rate are statistical outcomes from this chaotic flow behaviour.

The talk will discuss the nature of turbulent flows, and then look at the ways turbulent flow has been modeled within CFD. The traditional approach has been to solve the Reynolds-averaged (time-averaged) Navier-Stokes equations, and use a turbulence model (also known as a RANS closure model) to account for the effect of the fluctuating components of the flow. RANS models remain the most popular approach today, tracing their origin back to Imperial College in the early 1960s. There are over 100 RANS models, and the talk will discuss how they work from an engineering perspective, their pros and cons, particularly related to uncertainty surrounding their accuracy.

Beyond RANS, Reynolds Stress Models, Unsteady RANS, Large Eddy Simulation and Direct Numerical Simulation offer predictive improvements but at spiraling cost. The talk will discuss LES as an approach, taking a look at its application to turbomachinery, and the simulation costs involved. Ribbed channels in turbomachinery applications have similarities with component filled channels in electronics systems, giving an insight into what it would take to apply similar techniques in electronics cooling-type applications.

A chemical engineer by training, John Parry earned a PhD in catalysis and reactor design before getting involved with computational fluid dynamics (CFD) at CHAM more than 30 years ago. He joined Flomerics when it opened its doors in 1989. He has coordinated EC-funded projects and managed Knowledge Transfer Programmes and strategic internal projects, as well as overseeing the technical integration of MicReD’s thermal characterization business into Flomerics Group. Flomerics became Mentor Graphics’ Mechanical Analysis Division, which is now a Siemens business.

John Parry’s technical contributions to the discipline of electronics cooling include developing a host of compact thermal models for fans, heat sinks, chip packages and LEDs. He also has expertise in Design of Experiments, optimization, thermal characterization and active power cycling. He has published over 75 technical papers and has 4 patents pending.

Today John Parry is responsible for promoting the Mechanical Analysis Division’s products to the electronics industry, and manages a global team of product specialists. He serves on the JEDEC JC15 Thermal Standards Committee, NAFEMS CFD Working Group, the Harvey Rosten Award for Excellence Selection Committee and on various conference committees. He has given several invited and keynote talks related to CFD, electronics cooling simulation and test. He was the general chair of the SEMI-THERM 21 conference. 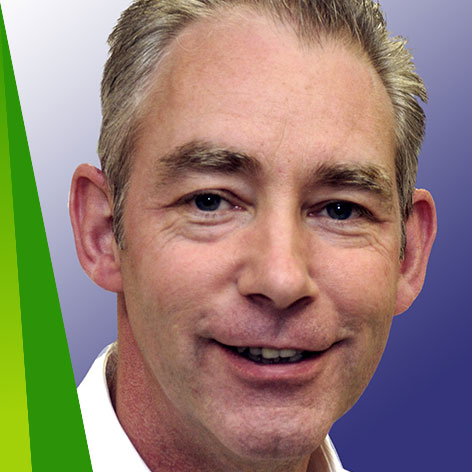