The (un)reliability of rechargeable batteries

Rechargeable batteries nowadays play an indispensable role in our daily life. This holds for many mobile electronic applications as well as for growing stationary applications. In addition, there is general consensus that due to global warming the future electricity generation will take place in a decentralized way rather than centralized in large power plants. Obviously, solar, wind and bio-mass will contribute significantly to decentralized electricity generation in the near future. However, due to the unpredictable nature of these fluctuating energy sources it has been identified that local electricity storage must also play a dominant role. Rechargeable batteries, more particular Li-ion batteries, will indispensably take up these roles. Aging is one of the most important battery characteristics in the development of economically viable (hybrid) electric vehicle and smart grid applications. The (un)reliability of Li-ion batteries will dictate the future success of these battery-driven applications. The basic principles of Li-ion batteries will be outlined together with the various degradation mechanisms of these highly efficient battery systems. It will be discussed that based on simple voltage analyses the ageing mechanisms can be unraveled. Particularly the development of the thermodynamically determined electro motive force (EMF) curves upon ageing will be highlighted. It will be shown that by properly analyzing the EMF curves, an interesting distinction can be made between calendar ageing and cycling-induced ageing.

Peter Notten worked at Philips Research from 1975 to 2010. While working at these laboratories on the electrochemistry of etching of III-V semiconductors he received his PhD from Eindhoven University of Technology in 1989. Since then his activities have been focusing on the research of hydride-forming (electrode) materials for application in rechargeable NiMH batteries, switchable optical mirrors and gas phase storage, and lithium-based rechargeable battery systems. From 2000 to 2018 he was appointed professor at the Eindhoven University of Technology, heading the group Energy Materials and Devices. In 2014 he was appointed International Adjunct Faculty at Amrita University, Coimbatore, India and at the Forschungszentrum Jűlich, Germany. In 2018 he was appointed Honourary Professor at the University of Technology Sydney, Australia (UTS).

His main interest includes the development of (i) advanced battery and hydrogen storage materials, (ii) new battery technologies, (iii) modeling of energy storage materials and complete rechargeable NiMH and Li-ion battery systems and (iv) the development of sophisticated battery management systems (BMS), enabling accurate and adaptive state-of-charge and state-of-health determination, to be applied in eg electrical vehicles in connection to smart grid(s). He is a member of the editorial board of Advanced Energy Materials and International Journal of Electrochemical Science. He has published as (co-)author about 250 scientific papers and contributions to scientific books and owns about 30 patents. 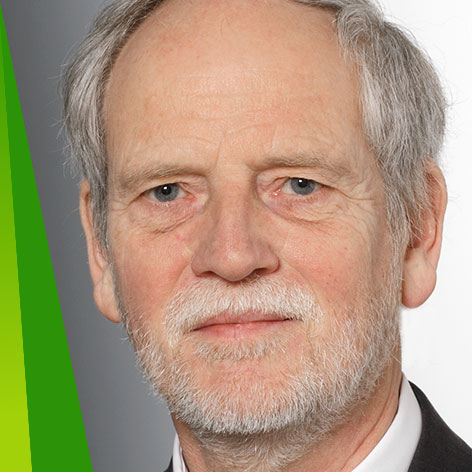